I woke up with a profound sense of sadness. My heart felt heavy. I felt like crying. I had been on the road for a few days and a little depression was to be expected. Away from home, family and routine can get me down.

I’ve been thinking a lot lately about the people in our community that are distressed; feeling despair and without hope. I haven’t completely processed the recent meeting with community leaders from Waterloo and Cedar Rapids. The agenda focused on violent crime and community engagement. We spent most of the meeting talking about increased gun violence, specifically in the black community.

“We can’t police our way out of this. People are hurting. We need to do more as a community.” I could feel the pain the Waterloo Police Chief felt as he shared. I imagined for a moment what he sees everyday. The tears, the rage and the blood.

We talked more about the broken families, the lack of job opportunities, the disconnection from community and the ways people cope when they are desperate. Again I tried to put myself in someone else’s shoes. I couldn’t imagine that kind of desperation.

I thought a good workout would shake off my blues. I was three miles into my run before it hit me. I had to stop to catch my breath. The realization of where my sadness came from nearly knocked the wind out of me.

The college team that I was working with was like any other team that I’ve worked with on any given college campus in the country. They were probably 19 or 20 years old, but acted like they were 12. My classroom management skills were put to the test. There was a lot of cross talk going on. It was like a party. The room would erupt with laughter after someone would pass gas. Time and time again.

I should have been frustrated, but I wasn’t. I think I understood before really knowing.

I was leading a discussion on overcoming adversity when the laughter was sucked out of the room in an instant and the room fell dead silent when I asked someone to read aloud the quote that was projected on the screen. The quote was from Nelson Mandela:

“Do not judge me by my successes, judge me by how many times I fell down and got back up again.”

The deafening silence had nothing to do with Mr. Mandela. The room was quiet because no one wanted to read the passage out loud. It became painfully obvious that there were guys in the room that couldn’t read the sentence.

Oh my God! What are we doing?, I thought. This can’t be happening. Not again.

You are more than this! You have so much more to offer than to dribble a basketball, throw a football or run around a track. You are being tricked…Used…Taken advantage of. And so much more.

The lure of status and importance now is blinding them for what may be coming so very soon. I wanted to remind them that this is not the real world. Please get your education! Get everything you can while you are here. All of it. I wanted to tell them how difficult it was for me when I got out of the Marine Corps. I had everything and was told everyday that I was invincible.

Then one day it was all gone. Reality settled in and I was lost.

But what happens when college is over and they can’t read? I thought specifically about the 12 black guys in the room. I wasn’t worried about the two white dudes. Their privilege would help them more than they will probably ever realize.

I wanted to scream.

I wanted to give the guys a hug and give them the heads up that they so desperately needed. But maybe they already know. Maybe that’s why everyday right now is a party. Maybe they know that right now is just a break from the real world; a break from being forgotten, marginalized and overlooked.

My heart breaks over that possible reality. 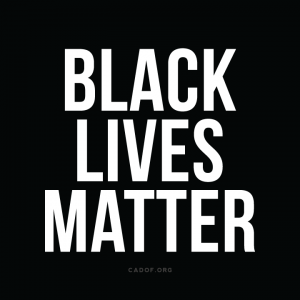