Seminarians and the WWE - ResourcesUnite!

Everyone in the room was strongly encouraged to be there. I’m kind of used to it at this point. I’ve found that it’s often best to not get into detail why I’ve been hired. It’s my job to lay out the ground rules and get the conversation moving. I typically have a short period of time to cover a lot of ground.

The moment I walked in the packed room I could sense that my classroom management skills were going to be put to the test. Everyone had something to say and they were all very much accustomed to being heard. This is a group of individuals that is loved by people from all over the world. I was intimated, to say the least.

A week later I found myself working with a different audience. I was in a very sacred place to them and was mindful of being the outsider. I couldn’t remember ever working with such a close-knit group of people in all of my travels. This was a family. Nearly everyone hugged when greeting one another. They talked about fellowship and mentoring as if it were the norm. I began to question why I was even there.

As I wrapped up the training with the professional wrestlers from the World Wrestling Entertainment, (WWE) I couldn’t help but feel like I was back at Wartburg Theological Seminary just a week ago. As crazy as it sounds, they are so much alike. Part of the mission at the seminary is to “form valued leaders.” I was working with them to help gather input about the type of leadership they were looking for with a new President of the institution. A week later I was flown to Buffalo, New York to deliver a leadership development training to the Superstars of the WWE. During both trainings we explored what it meant to be a leader. The same words came up over and over again. The 7 foot, 400 pound wrestler shared that it was most important for leaders to have integrity and to lead by example. The pastor in the back of the room stood and shared why integrity was so important and how it was imperative that he lead by example in front of his students and fellow peers. 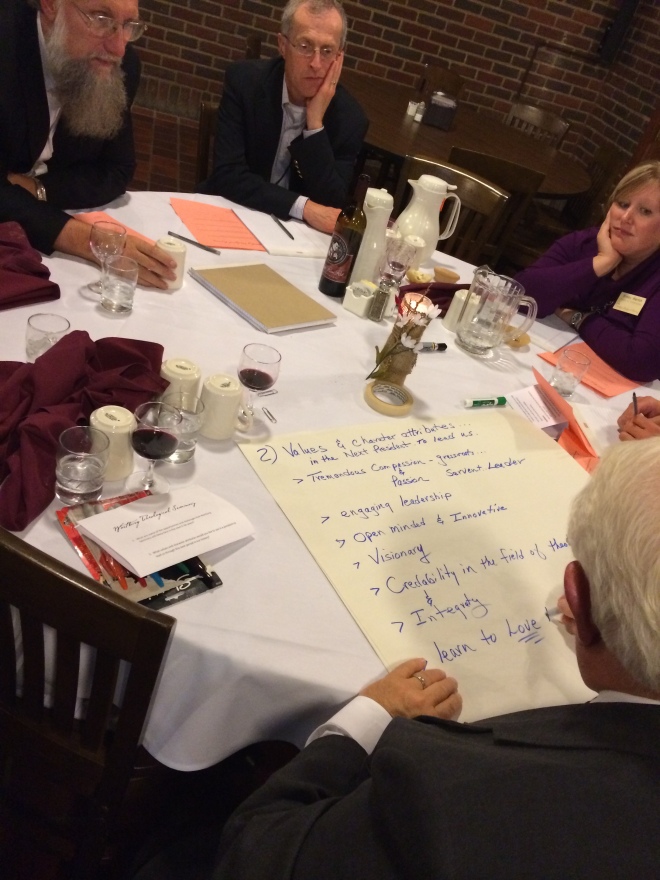 Men that get paid to slam folding chairs across the backs of their friends talked passionately about how although we all understand the importance of doing the right thing, it’s not always easy to do. The influence from our peers can be great and can too often prevent us from speaking out and supporting someone in need. The men and women called to serve God were no different. When asked how he acts with integrity, one young pastor replied, “I pray for the strength needed to do the right thing.”

At the end of both of these trainings and at the end of every single other training I have ever provided on this topic, one absolute fact remains. We are all leaders in our own very unique way. Each of us has the integrity needed to accomplish greatness, but sometimes it’s hard to put that integrity to work when it’s needed most. And when it’s hard and feels impossible, we need support from our peers to act; to be the one person that does not hesitate. Encourage others to be amazing and you will undoubtedly follow suit.